If you’re planning on moving to the Seattle-Tacoma area soon, then you’ve truly picked a great place to live. The Pacific Northwest is one of the most progressive and up-and-coming parts of the country. The Northwest has sweeping wilderness, mountains, plenty of water, and great cities to call home. Seattle is one of the biggest cities in the region and has numerous neighborhoods that should be experienced in full by all new residents. As a newcomer, you’re probably wondering which part of our city would be best to settle down in. That’s why we’ve put together this list of the best neighborhoods in Seattle. Check each of them out after you get settled in.

Queen Anne has a wide variety of activities for everyone: children’s museums, theaters, art museums, parks and the iconic Seattle Space needle nearby. The proximity to downtown makes it ideal for someone who wants quick access to all of Seattle’s delights. It’s also among the cheapest places to live in Seattle, making this a great option for someone who wants to be near the action but not have to pay the steep price that comes with it.

This neighborhood is great for families and over 20 percent of the households in Beacon Hill have kids. The Beacon Hill community is diverse, so you’ll meet many different kinds of people in one of the many local parks and playgrounds. Beacon Hill has great schools and a branch of the Seattle Public Library. If you’re moving with a family, give this neighborhood some serious consideration. This neighborhood also has a thriving culinary scene, with new restaurants opening every day.

Amazon calls this neighborhood home, resulting in a recent surge of businesses and housing. South Lake Union also claims a considerable amount of waterfront, with the Museum of History & Industry tucked into a waterfront park. Bars and restaurants are also plentiful in this waterside neighborhood.

One of the trendiest neighborhoods in Seattle, Ballard has amazing waterfront property and is close to the Woodland Park Zoo. What else can you ask for?! Since the neighborhood has proximity to the water, there is a lot of maritime history museums and plenty of recreational opportunities. With all of this water and amenities, it is one of the more expensive areas in Seattle to live, but well worth it.

Do you like to eat? We in Seattle do. This is one of the best places in the city to find some great food. Seattle is home to two of the best chefs in the nation, Tom Douglas and Ethan Stowell. Down here, you can spend a week trying new restaurants every day and still not eat at the same place twice. We’ve got cafés, gastropubs, microbreweries, and, of course, the coffee scene in Seattle is legendary. If you need to walk off all of that food, coffee and beer, Capitol Hill has plenty of pristine parks to burn off those calories. Capitol Hill is also considered the Seattle capital of the LGBTQ+ community and is diverse and accepting.

ast of the Central District, facing Lake Washington, Leschi’s lakeside homeowners enjoy the same stunning views as communities like ritzy Denny-Blaine at more reasonable prices. Also, they have easy access to the parks and docks along the lake. The median home price in Leschi is almost half of that of similar neighborhoods. If you’re moving to Seattle to get a view of the water, this may be the neighborhood for you.

Seattle has many diverse and attractive neighborhoods to call home. With so many options, you’re sure to find a corner of the city with your name on it. Check out some great Seattle movers for more advice on which neighborhood works best for you such as Apex Moving & Storage, Puget Sound Moving & Storage or Seattle Movers. 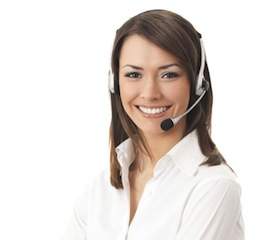