Are you planning a local, out-of-state or international move to or from Seattle? Do you need long or short-term storage in King County? Since 1997 Apex Moving & Storage has assisted the residents and businesses of Seattle with all of their moving and storage needs. Our expert moving crews have knowledge in all aspects of the moving industry, and will deliver a custom package of services, designed to meet all of your needs.

Seattle is the county seat of King County and is a flourishing metropolis of the Pacific Northwest, driven by a diverse economy and strong entrepreneurial spirit. Surrounded by mountain ranges and the Puget Sound, Seattle offers breathtaking views year-round to both locals and tourists. The city developed into a technology hot spot with tech giants like Amazon, Microsoft, and T-Mobile being based in the area, and the city has since become a hub for the green industry as well. Music has also had a big influence on the culture of the city, as famous musicians such as Ray Charles and Quincey Jones got their start in Seattle. The “Emerald City” is also considered the birthplace of grunge music due to groups like Nirvana and Pearl Jam, and Seattle is also the birthplace of the iconic Jimi Hendrix.

Seattle is home to a number of high-end performing arts venues, including McCaw Hall, which hosts the Seattle Opera and the Pacific Northwest Ballet, as well as Benaroya Hall, which hosts the Seattle Symphony Orchestra. The 5th Avenue Theater stages Broadway-style shows, featuring both local and international talent. Among the popular annual events in Seattle are the 24-day Seattle International Film Festival, the 9,000 riders Seattle to Portland Bicycle Classic, as well as an arcade expo. Notable museums in the area, such as the Seattle Art Museum and the Henry Art Gallery draw large crowds from all over Washington, while the Woodland Park Zoo and Seattle Aquarium give both locals and tourists a unique look at spectacular wildlife. Any discussion of Seattle must also include the NFL’s Seattle Seahawks and MLB’s Seattle Mariners.

Any discussion about world-class, quality moving and storage services in Seattle or King County, must also include Apex Moving & Storage. Our staff will work meticulously to get you to your new destination on-schedule, at an affordable price. That’s “Moving At Your Speed”. For more information on any of our moving services in Seattle, fill out the form on this page and get a free estimate.

Another Outstanding move!! I used their services back a few years ago when we moved from Florida. We did a full move with them. I couldn’t ask for better service! Make sure you call them!!!
—Cecile N. 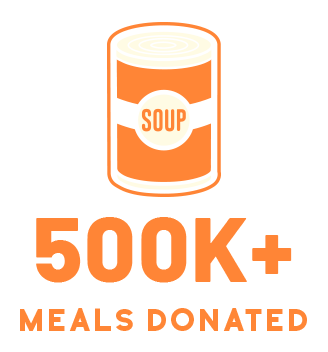 What should I do with my jewelry and other valuable items?

Any valuable items and important documents should be packed and moved by you personally. These items include: